One of Cincinnati’s oldest neighborhoods, Walnut Hills has long been celebrated for the cultural and economic diversity of its residents. The community abounds with historic homes, churches, schools (including nationally ranked Walnut Hills High School), and other neighborhood institutions. This redeveloping urban area contains several historic districts which have been listed on the National Register. The portion of the neighborhood that has recently has had the most dramatic renaissance of restoration, sometimes referred to as the “Gates of Eden Park”, which is the name of a developer responsible for much of the restoration, is the north entrance of Eden Park, lays West of Victory Parkway, South of McMillan, and West of Gilbert.

Walnut Hills is home to Eden Park, which features the Cincinnati Art Museum, Cincinnati Playhouse in the Park, the Krohn Conservatory, and other attractions. The neighborhood is convenient to the University of Cincinnati, downtown, and Interstate 71. 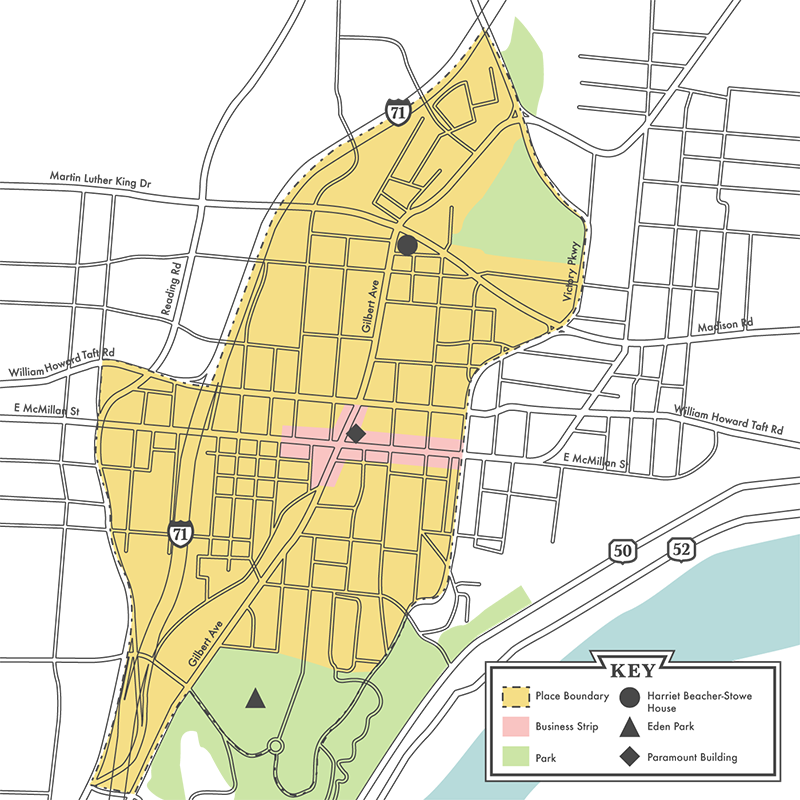