Named for the Mount Lookout Observatory, which remains in operation, Mount Lookout is known for its lively business and entertainment district, Mt. Lookout Square. The bustle of the trendy restaurants, bars, shops, and other businesses are a short walk from the neighborhood’s tree-lined, affluent residential streets, which contain both historic and modern architecture. Much of the historic architecture has been rehabilitated.

Mount Lookout is also home to Ault Park, one of Cincinnati’s largest parks, which is home to a well attended Independence Day fireworks display, among other attractions. Downtown Cincinnati is a short riverside drive away.
Historic homes in Mount Lookout feature the architectural styles of Arts and Crafts bungalows, Tudor Revival, Cottage, and late Victorian Vernacular. These houses were built between 1890 and 1935; prices range from $100,000 to $600,000. 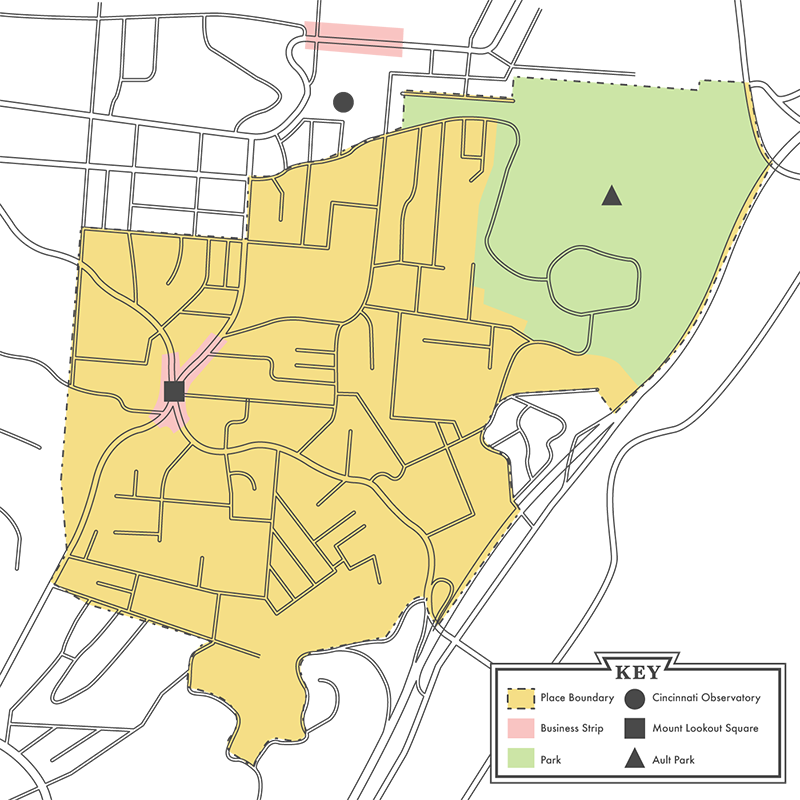