Declared a City Historic District in 1989, Columbia Tusculum traces its inception to the 1788 Benjamin Stites settlement Columbia, which predates Losantiville (Cincinnati’s original name) by one month. Columbia Tusculum is rich in the area’s history, including the first school opened in Cincinnati and the Pioneer Memorial Cemetery (formerly Columbia Baptist Cemetary), both founded in 1790. Minutes from downtown, the neighborhood has recently experienced a rush of commercial and residential development, including rehabilitation as well as new construction. With all its new development, Columbia Tusculum prides itself on its close-knit community feel and neighborly accommodations.

Historic residential architecture is mostly Victorian Vernacular, with some Colonial Revival and Arts and Crafts bungalows. These houses were built from 1870 to 1920; prices range from $20,000 to homes in need of rehabilitation to $300,000. 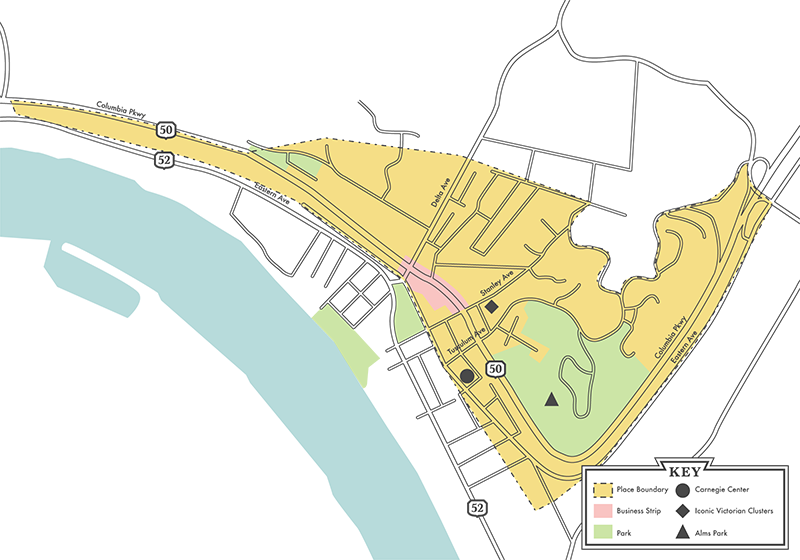