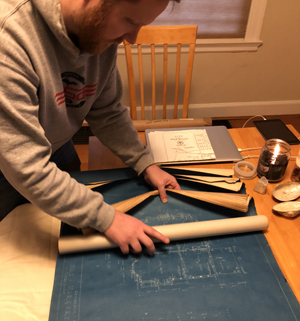 Great homes can be found but they can also be made. It’s not always just about finding the perfect spot. Sometimes it’s more about finding a spot that brings out elements you can build on, grow with and evolve toward creating a space for you to really make your own. That was the case for Brenton Bostick when he found 2525 Cypress Way here in Cincinnati. He knew it would be his home the first moment he spotted it. 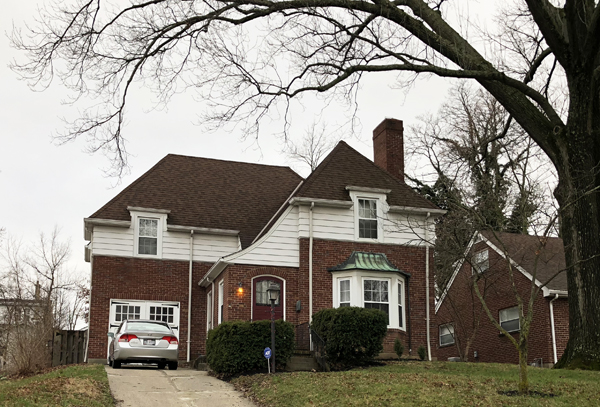 Purchasing his home in Norwood in December of 2017, Brenton found an architect-designed and wonderfully maintained 1920s home (built in 1928) which was loaded with original woodwork and tons of personality. The home itself sits on 8,712 square feet of land with 1,520 feet of space inside. Featuring six rooms, three bedrooms, one and a half baths and a beautiful fireplace, it was a perfect spot for the way he wanted to live his life. Brenton has quickly come to enjoy the spacious dining room overlooking a fully fenced back yard and patio. Throw in a great basement, and an attached garage, attic space plus plenty of rooms to grow into and it was a house that has quickly become a home. 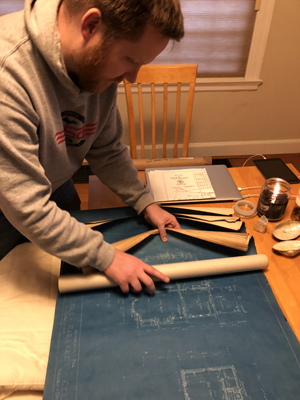 Sitting down with Brenton at his kitchen table, we learned that he moved to the area from Yellow Springs coming to Norwood as a first time home owner. In Yellow Springs he hit a bit of a crossroads and wanted to relocate. His work, which he does mostly from home, offered him a lot of flexibility so the decision came down to two cities; Cincinnati or Columbus. You can already guess which city won out but the path to which part of the city he would call home wasn’t as clear a decision for him.

Brenton came here with only a passing knowledge of the many neighborhoods and wasn’t intimately acquainted with Norwood. Many had told him that Northside might help him keep the flavor of Yellow Sprints, but it was a friend named Anna who lived about fifteen minutes from his new front door who led him to start looking in this area. Meeting Adam Sanregret through the Cincinnati Preservation Association, Brenton found his agent and the house hunt really began. Spending a couple weekends looking at a mix of options, he really liked a lot of what he was seeing. Brenton was quick to point out during our conversation that he felt Adam did a great job taking the little things he wanted in a home and translating them to the options he showed him. That said, when Brenton first visited his current house in Norwood he knew he wanted it and kept putting in offers until it was his.

Factors that influenced his decision were in some ways tied to his work and his life. Since he works mostly from home, establishing a space with access to social settings, bars and restaurants was important to him. His criteria also included wanting a basement office but he felt he really needed a home with history. The fact that this home has been around for 90 years really mattered to him. His feeling was, if it’s lasted this long there is something sincere to say about the place. He felt comfortable knowing that it was a home built with a longer perspective on ownership and it could clearly stand the passage of time. 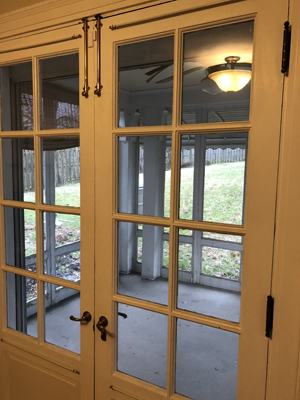 Of course every home comes with its challenges and being a first time homeowner can make much of this process a real learning experience. Managing water flow outside his house has been interesting and things like cleaning the vents wasn’t something he thought much about until he was deep into the cleaning side of new home ownership. Nailing down drafts, especially given he moved in during December’s winter cold was also something he wasn’t expecting. Overall, he still feels he’s in the “setting up and cleaning up” phase, but it’s all starting to come together. Brenton views the house as a collection of little missions. Whether it be replacing authentic vents or filling the space with that perfect mix of furniture, it’s a mission he seems thrilled to be undertaking.

When we asked if age was a big selling point for him, he explained that individuality and a historic nature were important but ultimately it was individuality that would win out every time for him. He had previously lived in a very unique house in Yellow Springs and loves living in something with character. If you spot his house from the road, you can see that character right down to the giant oak tree out front which he loves.

In the end, this was a good space providing just enough room for Brenton and his two cats to explore and enjoy. Sure there are a lot of little missions that come with home ownership, but life doesn’t ask you to solve them all in one day and Brenton looks forward to working his way through each challenge that lay ahead as he takes a house with character and makes it into a place where he loves to live. 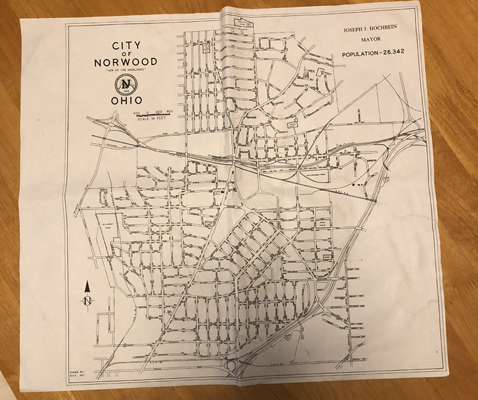 The Francis Mansion—Definitely One Not To Miss
Scroll to top